About Sean Lee “The Voice Mechanic”

Sean Lee is a vocal teacher that started his musical career at the age of sixteen. He had very specific training on “belting” and “proper breathing technique” in Toronto, Canada for nine years from 1984 – 1993. Sean also 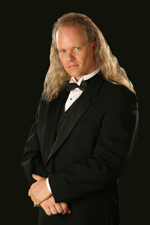 began studying guitar and Martial Arts at the same age.

After studying ‘Sound Engineering’ in 1993, Sean attended a full time guitar and music theory training course in 1994 at The Musician’s Institute in Hollywood, California for eighteen months, sharpening his skills as a musician. Aside from vocal lessons, Sean now also offers guitar lessons and gives helpful tips here on this site.

Sean has been featured on Oprah’s Oxygen Network in the same episode as Paul McCartney entitled “As She See’s It”. He has also been featured on Asahi TV (Japan) on “I’m TV”, and had his music spotlighted on MTV. Sean has performed Vocal solo’s (including The Star Spangled Banner) on stage in front of two thousand + people on occasions. Sean’s clients range from Critically Acclaimed Movie Producers, to Doctors, Lawyers, Actors, Multi-Platinum Artist Managers, Artists, School Teachers, Sport Announcers etc., etc.

Sean was called to the set of Steven Bochco and Chris Gerolmo’s FX TV series: ”OVER*THERE” to teach the soldiers how to scream without losing their voices and be able to work the next day!

Recording some killer pop vocals with my student J

I had a great lesson with Avery yesterday. Switchi

Another happy camper switching from the classic me

Got to work with some more great talent today! Had

Rocking the house with Kira AKA Dripppk! This girl

Another Superstar came in today! Belting out the h

Had some AMAZING results with Janet today! Belting

Some Viking women stopped by the other day for som

Another karaoke star on the way! Belting it out wi

Had another great screamer in here today! Belting

My amazing student Renée dropped by for a tune-up

Had a kick-ass singer in here today! You'll be hea

Rocking out with Jung today at The Voice Mechanic!

Beautiful voice from Monica the other day singing

Belting out some Alice In Chains today with Sydney

Had the cutest little 4 yr old today and her mom!

Rocking out with Alice and having lots of fun! Wow

Another hardrocker in the house! And we jammed on

Rocker today! Belting out some Halestorm with Cari

If the house is Rockin, don't bother knockin... LO

Belting out some Bryson Tiller "Don't" with Jaden

Reposted from @__ka_ssandr__a I love to think back

Working with the Puppet Master himself today! Belt

Another Kool Kat belting out some R&B today. Kicki

Belting it out with Elan today! His results only t

Belting out some Maria, Whitney and Céline with J

Bangin' out some Weezer with Barry, the newest Roc

There's a new Metalhead in town! Rockin' out to so

Got some fresh new Talent here! Belting out some P

Belting out some Jxdn with Spencer at The Voice Me

Getting the kids ready for their gig tomorrow! Tea

Rocking out to some Michael Bublé with my new stu

Got a great new rock / pop / metal star from Japan

Another beautiful voice today getting ready for th

Got a new Rockstar in the house today! Belting out

Had an amazing lesson today with @brandygontherock

I took everyone on a school trip to see @unleashth

So this hard rockin' dude comes in and says he wan

Had a great artist/metalhead in here today belting

Had a great singer here today! Working on Stefan's

All aboard! Ha ha ha. Belting out some Luke Combs

Belting it out and getting Josh ready for his upco

Another opera singer taking it to the next level!

The girls were rocking today! Screaming in harmony

Another Powerhouse! Belting out some tough Whitney

Belting out some Avenged Sevenfold with Jesse at T

Metal is back everybody! We'll for some of us it n

What a kick-ass voice today! Belting out some Bruc

This guy blew the roof off the place with the rasp

What a killer voice! Hitting the next level with C

Belting it out with The Sister Act at The Voice Me

Belting out the high notes in Hungry Like The Wolf

Got another Metalhead here and she's going to be p

Rockin' some Nights in White Satin with Thomas the

Belting out some killer original songs with Steve

Wow, what a voice! The vibrato and the pitch were

Hooking @drewcifer_2000 up with some metal screams

We've got a new METAL SCREAMER in town! There's a

Hitting some killer raspy notes with Julian in The

Cruising in my friend Jay's tour bus! Party on Gar

Had an amazing lesson today with Kylin! This girl

Got some fresh new talent here...Rocking out with

Rocking some "Tennessee Whiskey" at The Voice Mech

Giving this guy Santana his "Last Rites" today by

Belting it out with Tanner at The Voice Mechanic!

Belting out some classic Ray Charles with Emanoel

The Incredible Hulk showed up for a lesson today.

Belting it out with Frank and taking no prisoners

I've been recording students all week... It was Ar

Bustin' out some Post Malone with Connor at The Vo

Just ran into Reinhold Bogner who I haven't seen i

Just got back from recording with Billy Sheehan in

Look out Hollywood! A new star is in town! Rocking

Rocking out with my new powerhouse yoga master Jak

Another great lesson today! Belting it out with Li

Got a great new student today named Evan, who has

Another ROCKSTAR in the making! Belting it out wit

Belting it out and channeling some Jim Morrison sc

Rockstar in the house! Belting it out with Cheyann

Rockin' the house with @bellairemusicofficial WOW.

If you will be in Los Angeles and would like to pre-order a class with The Voice Mechanic click below.

Sean Lee with Chris Slade of AC/DC and Miwa outside the front door of the first Voice Mechanic location on Melrose Ave in Los Angeles.